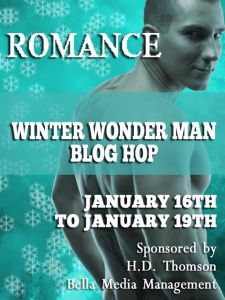 We all have our fantasies with our fantasy man! Yes! All of us! And there’s nothing wrong with that. I’m married, but I’m not dead… as I like to say! So, when I’m watching a movie or a television show or reading a good book, what about the lead male drives me crazy to the point of wishing I was the leading lady?

I tend to fall for the dark hair and light eyes kind of guy. The eyes can be blue or green or even a shade of hazel. Something about that combination gets me every time. I’m not particularly attracted to those guys that are overly bulky with muscle, but I love a guy with definition… a guy that takes care of his body and makes you want to trace his abs with your tongue! (oops… did I write that?!) He’s got to have a tough exterior. In my younger years, I enjoyed my share of bad boys. I admit… I like the bad boy look. But underneath all those tattoos and muscles, nothing melts me like butter like a bad boy with a soft spot for his girl.

He wants to protect her… at all costs. He’s not afraid or embarrassed to ask her for what he wants. (Nothing turns me on more than dirty talk… seriously!) He knows what she likes… what she wants. And most importantly, he knows how to give her what she needs. If it’s a smack on the behind or a caress on her low back or a passionate kiss, he knows how to take care of his girl.

If you’re new to my blog, check out my Totally Tantalizing Tuesday posts. You can find some of my most favorite fantasies there!

One of my most favorite heroes is Matt Riley from my book, In Flames. He’s a sexy firefighter that will melt your heart and curl your toes. Don’t hesitate to check him out! 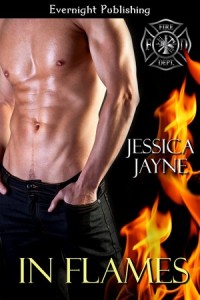 Gracelyn Riley married a firefighter and she knew that came with some risks.  But she never imagined herself widowed in her early thirties with two children to care for on her own.  Even though she had asked her husband, Chad, for a trial separation the week before his death because she found out about an affair he was having, dealing with the last year without him has not been easy.  Her brother-in-law, Matt, has been the rock that has kept her from collapsing.

As a fireman, Matt Riley had been at the scene when his brother was killed.  Several other firefighters had to hold him back to keep him from going after his brother in the collapsing building.  The last year has been difficult for Matt.  He suffered greatly from survivor’s guilt and drank himself into oblivion on several occasions.  His one saving grace has come in the form of his sister-in-law, Gracelyn.  Her friendship has pulled him through time and time again.

With the year anniversary of Chad’s death upon them, Gracelyn and Matt turn to each for support and comfort.  What they didn’t expect was to realize that their feelings for each other went well beyond what they imagined.  Can they overcome the guilt and the scrutiny of their family and friends to find love again… together?

You can find it here:

To hop to the other great blog posts, click below: